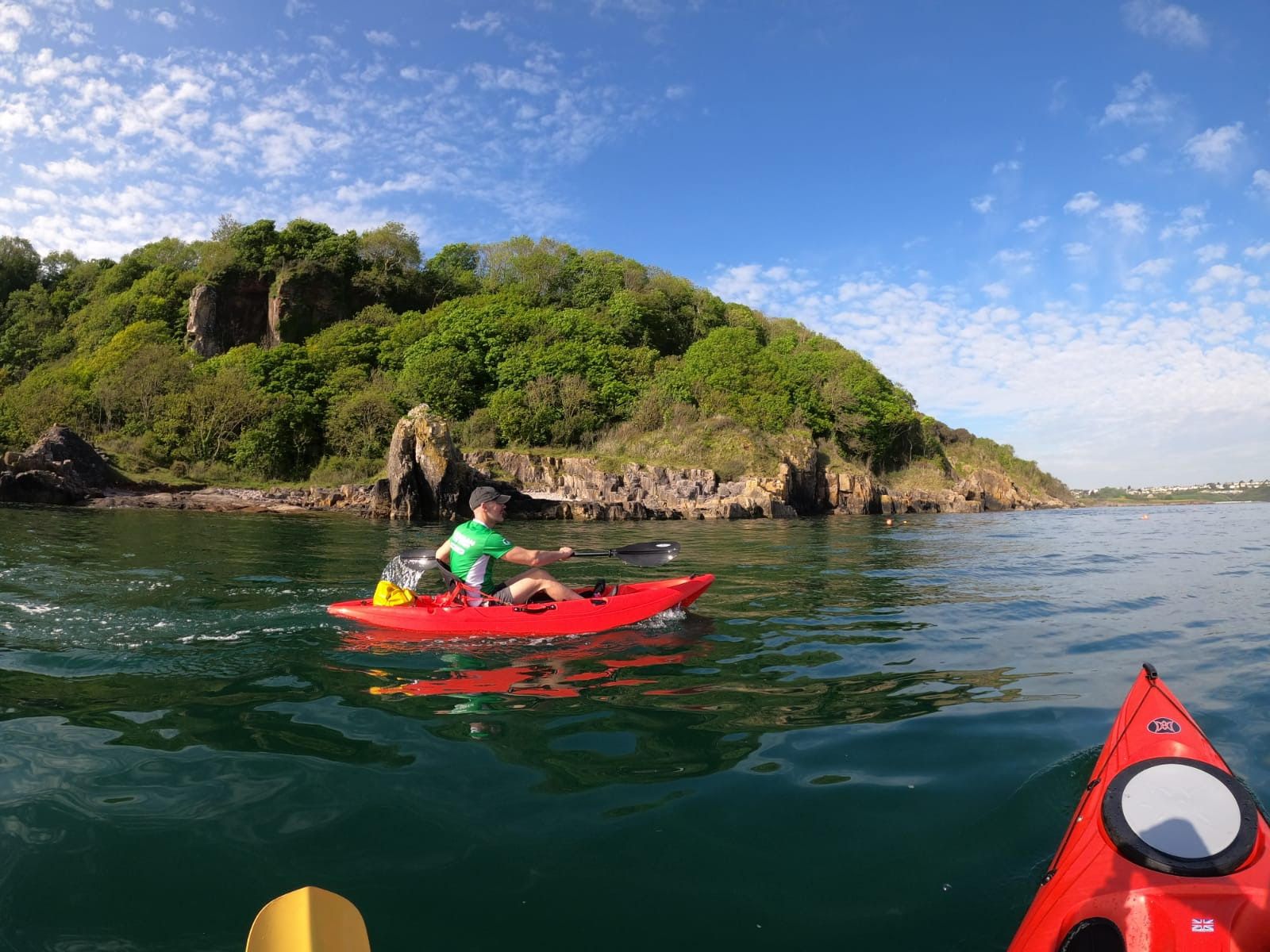 
CHARITY kayaker Scott Davis did his sea hike in Torbay so well this weekend that he turned around at the end and did a few more miles for good measure.

Raising money for Macmillan, he traveled across Brixham Bay to Torquay and raised £ 2,000.

Then, realizing that his intended eight-mile paddle was only 7.4, he turned and walked back to Preston to bring the total mileage to 10.

Scott, a father of three from Paignton, learned he had terminal cancer in 2018, but is now cancer-free.

He crossed the bay in two hours and 50 minutes, and said, “I can’t wait to challenge myself a few more challenges and raise more money for Macmillan very soon.”

He was supported along the way by kayaking friends (above) Lee Knowler, Tom Le Gallez, Scott Davis, James Le Gallez and Adam Hutchins.

Before leaving, he said: “I feel like I have a second chance in life, I want to make a difference and inspire others.

“So I throw myself challenges like this and a half marathon. If I can go from stage 4 cancer to a five-mile kayak, what else can I do? “

He confessed that having been a builder for 16 years, his diet consisted of bits of bacon and a few beers at the pub.

“So it’s not a very good diet,” he says. “But after I got cancer, I completely changed my lifestyle.

“Cancer has brought my family and friends closer together and it has made me appreciate the people in my life.

“It’s been three years since my diagnosis, and we thought Christmas 2018 would be my last Christmas. I had just had a baby girl. I was very, very lucky.

“We got even more bad news when my mom was diagnosed with breast cancer around the same time. It was the day my daughter was born, December 13, 2018. She had to undergo treatment at the same time and luckily she is fine now.

Scott and his mother Angela Davis have both been supported by the Macmillan team at Lodge Cancer Support and Information Center at Torbay Hospital.

“Over the past few years the support I have had from Macmillan and the Lodge team in Torbay has been incredible,” he said.

“We got help with finances, they organized things and told us what we were entitled to.

“They gave us books on how to tell kids, came over several times to see how we were doing, and gave us Macmillan brochures.

“My mother was still at the Lodge too, going to support groups, having reiki and massages. The support they provide is incredible. “

Genevieve Drinkwater, Director of Fundraising at Macmillan, said: “Many thanks to Scott from all of us at Macmillan.

“We are so grateful and full of admiration that he takes on this challenge and is committed to raising so much for people with cancer.

“It’s supporters like Scott who keep us there for so many people living with cancer. We wish him all the luck in the world in his challenge.

Shine a light on Paignton, Devon by becoming a Regional Ambassador.